What to do in Manhattan Beach - Graham & Graham Photography

What to do in Manhattan Beach, California 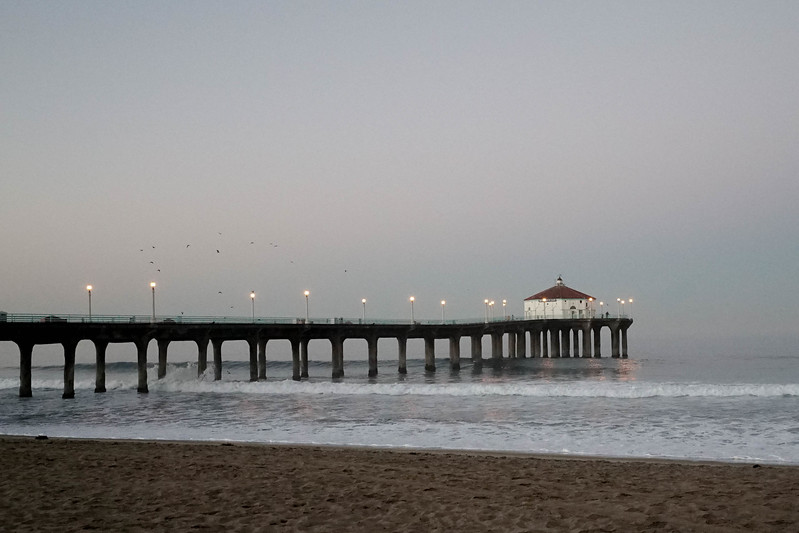 Manhattan Beach is the quintessential Los Angeles beach town, a little oasis tucked away from the big city.

We're a small community of 35,000 folks, flanked by the Pacific ocean, and the theme everywhere is waves, water and an ocean breeze.

The average daily temperature is 78 degrees.

What to do when visiting? It's a question we get a lot, and will try to answer here.

Now, in a few words here's our tips--walk by the beach and through downtown, have a swim, enjoy a nice lunch or dinner downtown and catch the free nightly show that is our colorful sunsets. And don't forget to add some movement by renting bikes, roller blades or a surfboard.

Hermosa Beach, Redondo Beach and Palos Verdes is to the left of Manhattan Beach, while El Segundo, Playa del Rey, Marina del Rey, Venice, Santa Monica and Malibu are to the right. The LAX airport is 3 miles away.

You can walk through downtown Manhattan Beach with us here: 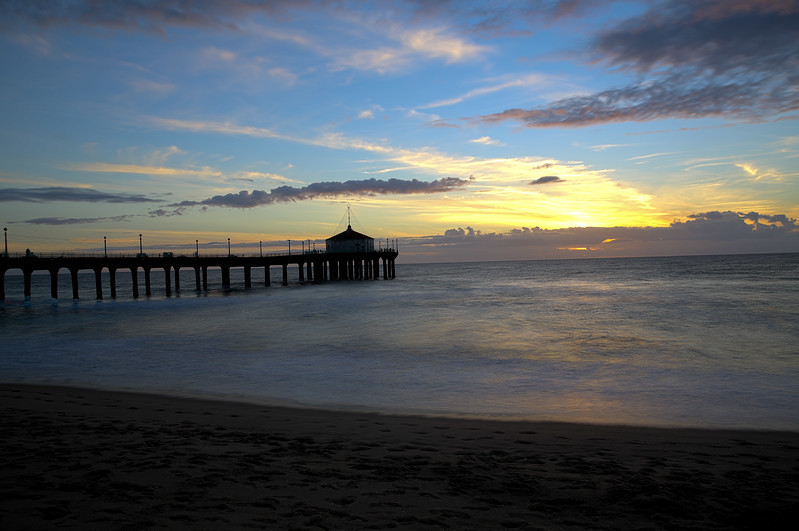 A Day in Manhattan Beach

We'd start our day with breakfast at the Kettle or Uncle Bill's Pancake House, two longtime cozy and colorful neighborhood hangouts. The Kettle is on the corner of Highland and Manhattan Beach Blvd., and Uncle Bill's is two blocks up the street on Highland.

Next, walk around town and enjoy the shops, or better yet, head down to the Strand, the 13-mile car free walkway, and enjoy the view by the Pacific Ocean. Walk out our fabulous Manhattan Beach Pier and visit the Roundhouse Aquarium.

If your hotel has rental bikes, all the better--if not, you may have to walk (or Uber it!) 3 miles to Hermosa to the closest rental shop, Hermosa Cyclery.

Now that you have a bike, ride up to El Porto and have lunch at the Surf Food Stand. It's the only restaurant we know of that's right on the sand.

Rest at our library, Starbucks, Peets or Coffee Bean and get ready for dinner. Old Venice is our favorite local restaurant--but there are many great ones for families and foodies. 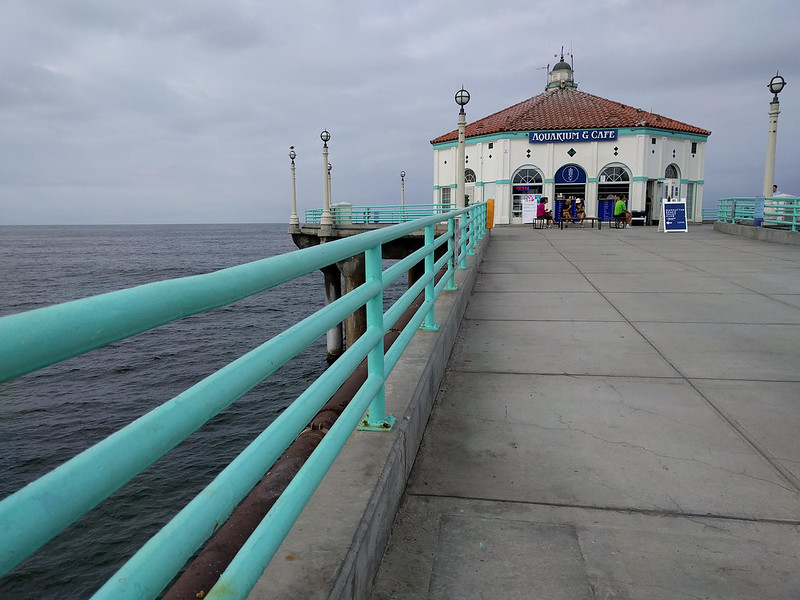 Let's show you around town!

Where to stay: We don't have a lot of hotels in town. Near the water: Sea View Inn or the pricey Shade Hotel. On the other side of busy Sepulveda is a Best Western, Marriott and the small, boutique hotel the Belamar.  The hotels on this side of town are walking distance to the beach, but it will take you a good 30 minutes to get there.

Walking: It's free. The Strand path by the water runs 13 miles, from Redondo Beach to Marina del Rey. The best views are from Manhattan to Redondo.

Parking is challenging downtown --meters run from 8 a.m. to 10 p.m. (they accept credit cards) and there are lots by the Pier, Library and in town, but they fill up quickly. Our advice--arrive early to nab a spot. Valet parking is offered downtown evenings, and the city of Manhattan Beach now offers the Downtowner for free shuttle rides.

Bike and surf rentals--Funn Buns has closed, so there's no place in Manhattan Beach to rent bikes. You'll have to go to Hermosa and the Cyclery.

Graham and Graham Photography is based in beautiful Manhattan Beach, California, at 2209 Laurel Avenue, in the heart of the 90266.

The city they sometimes call MB is divided into three main sections: the Sand, Hill and Trees. The first offers life at the beach, either on the Strand or nearby, on a quiet, and homey walk-street.

No. 2 gives you a killer view from above, looking down at the water, and then finally, there's life in the trees, in neighborhoods that are a short walk down to the sand.

Many of our engagement and family portrait shoots are down at the beach, where everybody is always in a good mood! 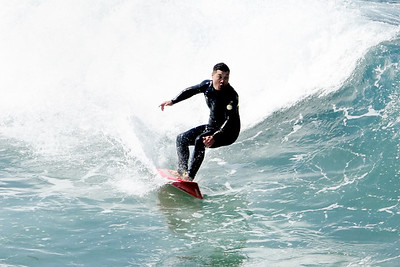 Manhattan Beach is one of the 4 beach communities of the Los Angeles South Bay (MB, Hermosa, Redondo and El Segundo) and the one that's closest to the airport. Once upon a time the city was best known as a summer vacation spot, but now it's year-round fun and frolic, with great public schools, virtually non-existent crime rate and a small town community atmosphere that's unheard of in Los Angeles County.

The city was founded in 1901 when John Merrill bought the land that became the current city, and he named it after his old home, the most populous borough in New York City. The official date of incorporation was December 2, 1912.

The Pier that dominates the city at the foot of Manhattan Beach Blvd.  was completed and dedicated on July 5, 1920.

According to the local historical society, "After World War II a large influx of people came as a result of the desirability of the area for year-round living. Servicemen visiting during the war returned to live here. The development of the defense industry brought many people to the South Bay to reside and work. Much of the land east of Sepulveda was developed to house the influx of people."

The city consists of 3.81 square miles, which is why population hasn't grown much. There isn't room to build--instead homes are torn down and remodeled.